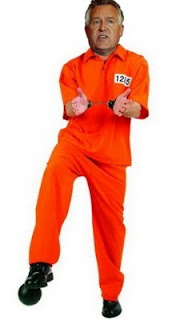 Where's the £103,000 in donation money gone Peter? We are still waiting for your answer.

The following is taken from http://www.thisissouthwales.co.uk/southwalesnews/Peter-Hain-tops-local-league-MP-expenses-claims/article-1599660-detail/article.html

THE latest details of second home claims made by South Wales's MPs were published at Westminster yesterday.

The documents released online mainly covered the period before May this year, when a national newspaper published details of previous claims that sparked public outrage.

Among the highest local claimers in the last financial year was Neath MP and Welsh Secretary Peter Hain, who claimed £22,175 last year.

He spent thousands of pounds on heating oil for his constituency home, as well as £125 for servicing and repair of his Aga. Mr Hain's claims also included occasional window cleaning bills, and £28 to fell two dangerous trees.

A spokesman for Mr Hain said: "These matters were all properly receipted."

Aberavon MP Hywel Francis claimed the maximum allowance of £24,006 to run a second home in Westminster.
Dr Francis's mortgage interest payments were £1,262 a month, and he also made a claim of £835 for repair work carried out in his bathroom.( Not mentioned in the article is that he also claimed £100 for food and £9 for drycleaning ! )
All of the claims were made within existing Commons rules.

Llanelli MP Nia Griffith made regular claims of about £900 for the mortgage on her London home.

Mr Price said: "Embarrassing and painful as this year has been for politics and politicians, I think it's been a necessary lancing of the boil."

Gower MP Martin Caton claimed £8,404 last financial year, while Swansea West MP Alan Williams claimed only £5,074.
End
"Within the rules" in my opinion is no excuse. Morally they stink !
Francis and Hain like all the rest are out to make as much as they can for themselves while their constiuencies lie in tatters thanks to New Labours financial mismanagement.


They make me sick. Shame on all of them !

Peter Hain has been a disaster for Neath and so has his mate in Aberavon.

Let's hope that people wake up and remove these two scoundrals for good.

A vote for the BNP should do it.

Hain and Francis are nothing more than crooks

I was thinking along the the lines of robbers and thieves, Hain was identified as a robber and hywel francis taking money and claiming it as expenses when he has enough money to live on from his salary you immoral thieving lieing good for fleecing hypocrite

from :
Port Talbot and Bryn ward tax paying worker that can't afford a house like immigrants that never paid a bean into the government trough fund !

The day Pretoria's terrorist terrorised St Helens rugby ground Swansea. I wonder who threw the drawing pins.
I wonder if Hain the terrorist has still got the speech that read at a terrorist's funeral when he was only fifteen.
I better not say anymore as I may be forced to wear the necklace.
I wonder if this is why there is a stockpile of tyres in Britain.