The NHS is on the point of collapse and here's why you can never get an appointment when you need one ! 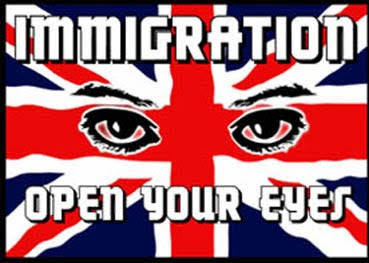 The liberal lie that “immigration is good for the NHS” has been exposed once again with the news that the health service is on the point of collapse as one new immigrant patient registers for its services every minute — and you pay for it.
According to a report compiled by independent think tank Migrationwatch, immigrants are registering with a GP for free healthcare at a rate of more than one every minute.
The report showed that 605,000 people who arrived from overseas registered with a doctor in England and Wales last year. This was an increase of over 50 percent in just seven years.
In its report, Migrationwatch said that this places a “significant strain” on services and could force patients to wait longer for appointments and treatment.
In addition, the invasion is further exacerbating the already critical shortage of funds in many NHS trusts — one more example of the taxpaying British people being put last.
According to the report’s conclusions, made after a study of official data provided by NHS Trusts, 536,000 of the 605,000 new registrations were migrants, while the rest are likely to have been Britons returning from overseas.
In his commentary, Migrationwatch chairman Sir Andrew Green, said: “This amounts to an open door to primary care which can also lead to access to secondary care.
“The Government has been dithering while the NHS has been struggling to cope with the extra numbers resulting from mass immigration."
“In present financial circumstances it is surely obvious that we do not have the resources to cope with the extra ten million people now officially projected over the next 25 years — seven million as a result of immigration.”
The insanity of the situation is aggravated by the fact that there are currently no checks in place to determine if a patient is entitled to free healthcare or not.

Apparently doctors have discretion to register who they please, which, given the Hippocratic Oath which obliges them to help anybody, puts personnel in an impossible situation.
Dr Richard Fieldhouse, of The National Association of Sessional GPs, was quoted in the media as saying that many of the newly registered immigrants spoke little or no English which added to appointment times.
He said: “We have to draw diagrams. It takes probably 25 to 30 minutes. We want to do everything we can for them.”

Matthew Elliott, of the TaxPayers’ Alliance, was quoted as saying that it was “clearly unacceptable that someone who has paid for the NHS throughout their working life should face delays or queues as a result of recent immigration.”

According to a 2005 report in the Journal of American Physicians and Surgeons, more than 84 hospitals in California have had to close after they were overwhelmed by illegal immigrants who used the services without contributing.
“The influx of illegal aliens has serious hidden medical consequences,” wrote Madeleine Pelner Cosman, author of the report.
Posted by Kevin Edwards at 09:08:00

What is happening in this country is criminal.

My daughter went to the newly fangled white elephant health centre today and was now told that GP's cannot refer patients into hospital and if she needed to go to casualty to say that she had just had an accident.

I will be voting BNP this time after years of Labour even though I have always considered Hywel Francis to be a toad.