Social workers tore me from my babies for a year: Nightmare of innocent mother accused of harming son


The following story can be read in full HERE

It is covered on the UK Column Live broadcast above where similarities to the Linda Lewis case are mentioned. Starts 7 minutes in for about 6 minutes.

A loving mother had her children taken away from her in a dawn raid on her home after being wrongly accused of cruelty.

The three terrified youngsters watched as she was handcuffed before they were each put into separate cars and taken into foster care.

It took 19 months for the devastated family to be reunited – when a judge exonerated the parents and strongly criticised the social workers and police responsible for the appalling error.

Judge Nicholas Marston said social services, who had accused the parents of deliberately causing symptoms of illness in their disabled son, acted on claims ‘based on misunderstandings’ or which were ‘just plain wrong’.

The couple were wrongly alleged to have given 12-year-old Kane medicine to induce symptoms of digestive, nervous system and growth problems, as well as the fact he is on the autistic spectrum.

Social workers accused them of Fabricated or Induced Illness by carers (FII), also known as Munchausen’s syndrome by proxy.
.

JUST WHAT IS MUNCHAUSEN'S?

Munchausen's syndrome by proxy is a form of abuse in which a parent seeks medical attention for invented or faked symptoms of disease in their child.
In the most extreme cases, the parent will actually inflict harm on their child to support their claims.
The rare mental disorder is now also known as Fabricated or Induced Illness (FII).

But there have been complaints from parents who have had their children seized after being wrongly accused of making them ill.

The 6am police swoop, which involved 14 officers descending on a quiet Hampshire cul-de-sac, was described by the judge as ‘utterly disproportionate’ and ‘itself abusive of the children involved’.

The children’s father, who had left for work as an engineer at the time of the raid, was also later arrested on suspicion of neglect. Parents Kealey and Andy, who wish to keep the family surname secret, were never charged but say they have been ‘destroyed’ by the ordeal.

Kealey, 39, who had a nervous breakdown brought on by the arrest and  has since suffered post-traumatic stress disorder and depression, said: ‘I didn’t see my children for over a year.  I wasn’t allowed to speak to them. It was torture.


‘You see mums crying when they wave their kids off on a school trip. There aren’t words to describe going a year without seeing your babies.

‘We are broken. The old me is gone. It is very hard for the children because they see a very different mum.’

Although his parents have now regained full custody, Kane is voluntarily staying in foster and respite care because Kealey is currently too ill to care for him. Andy, 47, lost his job on his arrest and has since had to take up a new position abroad, meaning he gets to see the children only every three or four months.

He said: ‘Social services were more interested in proving we were wrong than giving Kane care.

‘They thought we had managed to convince 30 doctors over Kane’s lifetime. They said we had given him medicine to induce the problems, but he had the problems before he had the medicine so I don’t know how they worked that out.’


The arrests, in July 2010, were triggered after staff at Bursledon House specialist children’s centre in Southampton, where Kane was undergoing treatment, told social services that he was not showing all the symptoms his parents described and they concluded it was a case of FII.

Once in care, the children were unable to see or speak to their mother for a year and were allowed to see their father only on weekly three-hour supervised visits.

Kane was kept separately from his sisters Carris and Marly, then 14 and eight, for four months, before they were all sent to a foster family 60 miles from the family home in Farnborough, with a daily two-hour round trip to school.

Carris, who is now 16, had been predicted 14 A*s at GCSE, but left school with only two passes. She took herself out of care as soon as she turned 16 last summer and returned to her family.

At a four-week hearing at Portsmouth County Court in February, Judge Marston praised Kealey and Andy for being ‘caring, loving’ parents and criticised Hampshire County Council for failing to prove any of its claims.

John Coughlan, Hampshire County Council’s director of children’s services, said that the council had acted with the ‘best motives’, adding: ‘It is our duty as a local authority to secure the  wellbeing of children.’

Detective Superintendent Nigel Lecointe, head of the public protection department of Hampshire Constabulary, said he accepted his officers’ actions had been ‘perceived to be heavy-handed’ and ‘had a significant long-term effect on the family’. 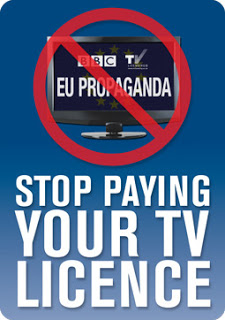 You concealed from the public the most major news event in our 3,500 year history, the illegal abolition of Britain by the Lisbon treaty on 1st January 2009 and its replacement by the EU dictatorship.

You deliberately failed to broadcast any honest documentaries on the 6 EU treaties that would have warned the public abolition was approaching, your solemn and bounden duty under your charter.

The BBC has a fifth column, 400 Common Purpose people inside, censoring out anti EU news (we have their names).

You have been complicit in the broadcasting of many of the EU's 200 Frankfurt School subversion techniques over the last 40 years, one of which is to brainwash with nonsensical irrelevant or rubbish programming instead of accurate news and honest information. You are guilty of deliberately dumbing down the populace.

You have also illegally received large sums from the EU, bribery by a foreign power, and you illegally act as the EU's agent against the British people who pay your license fee.

You extort these disgraceful sums from the public with the grossly unjust licence fee, which forces people to pay for this abysmal service when they may rather watch ITV or one of hundreds of other channels. The whole basis of the licence fee is illegal under common law.

Under British statute and common law any attempt to undermine British sovereignty is considered treason. The BBC has been deeply complicit.

The penalty for quite minor treason is either life imprisonment or to hang by the neck until dead (eg William Joyce in 1946), and this should be the fate of all your board members since 1970.

You've rubbished your charter, and forfeited any rights to extort your criminal license fee.

The concealment of the paedophillia of Jimmy Savile and others in the BBC is typically indicative of corruption.

The BBC is way beyond redemption, utterly corrupt, and needs to be closed permanently.

Massive vote of no confidence in Esther Rantzen

NAPAC, the National Association for People Abused in Childhood has removed Esther Rantzen from its list of patrons.

Few in the world of abuse victims have been taken in by her gushy, teary performances recently on TV in relation to the Savile revelations, evidently. The main complaint is that she blocked her ears to complaints about Savile’s behaviour.

Yes, and she repeatedly blocked her ears to pleas from Hollie’s supporters to get behind her campaign for justice and against organised paedophilia till finally we gave up.

It is not hard to guess the reason for Esther’s squeamishness on the subject of Hollie when you consider that it was in Aberdeen that the first Child Line call centre was established 25 years ago, in collaboration with a locally-based member of the legal profession well known to this campaign.

I trust the students of a certain college in Oxford will pick up this latest tidbit of information in relation to She Who Cannot Be Named who is at present their principal.

Re. Max Clifford – I`m not sure if Anne will remember this, but after the BBC pulled out in 2009, I was keen to get someone else to pick up the gauntlet. I contacted Clifford`s office, giving brief details of the case and the BBC`s conduct. I also stated that I would not accept any payment for my cooperation, but had no objection to Max Clifford making money on it, just wanting the case to be brought out into the open.

After not hearing anything for three weeks, I spoke to his P.A., who told me that Clifford had looked at the case but would not take it, quote “because it was too hot to handle”.
It makes you wonder now, doesn`t it?

It would certainly account for the massive resources that the State have poured into keeping this case quiet, or that the Hollie Greig case is now classified as ‘restricted’ within Grampian Police and files are only accessable by 1 senior officer, the 1 million pounds of taxpayers money spent to silence Robert Green since 2010 in Scotland, nearly the same amount spent by Shropshire Council/West Mercia Police to harrass and bully Hollie & Anne Greig and keep them tied up in the secret courts.

God only knows how much public money has been spent to pay off/warn off journalists and editors and lets not forget the array of disinformation sites that have sprung up in the past year which our investigations indicate are being run by serving Police Officers from Manchester, and last but not least the interference of the HDJ website and email by the Police and the MoD.

Yes, I would say that the Hollie Greig story is too hot to handle. Who or what needs this kind of protection from a Down’s Syndrome woman?

Esther Rantzen was asked to help over the kidnapping of Linda's daughter at gunpoint from her hospital bed in America . She refused .

Max Clifford was asked to do the same his PR stated that it was " too much of a hot potato."

What The Government And The Bankers Don't Want You Too Know. A Debt Free Britain Can Happen Overnight. 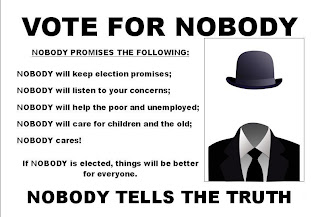 The Bankers Know This !

The Politicians Know This !

Now YOU Know This !

"The modern banking system manufactures money out of nothing. The process is, perhaps, the most astounding piece of sleight of hand that was ever invented. Banks can in fact inflate, mint and un-mint the modern ledger-entry currency."- Major L L B Angus.

"It is well enough that people of the nation do not understand our banking and money system, for if they did, I believe there would be a revolution before tomorrow morning."- Henry Ford, founder of the Ford Motor Company.


“I care not what puppet is placed on the throne of England to rule the Empire….the man that controls Britain’s money supply controls the British Empire. And I control the money supply.”- Baron Nathan Mayer Rothschild 1815

"When a government is dependent upon bankers for money, they and not the leaders of the government control the situation, since the hand that gives is above the hand that takes. Money has no motherland;financiers are without patriotism and without decency; their sole object is gain."
- Napoleon Bonaparte, Emperor of France.

To Find Out The Truth For Yourself Click HERE