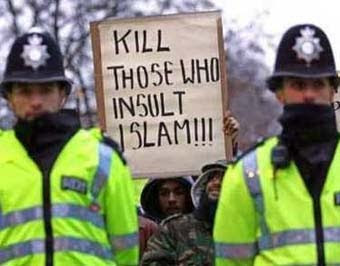 Over 80 Million Muslims will have the "Legal Right" to emigrate to the United Kingdom and Europe.

This policy is openly supported by every other political party in Britain !

ONLY THE BRITISH NATIONAL PARTY IS COMMITED TO STOPPING AND REVERSING THE "INSANITY OF MASS IMMIGRATION" AND WILL WITHDRAW, WITHOUT DELAY FROM THE EUROPEAN UNION.

If you have read this then you can no longer say that you have not been warned.

Your vote will count come the General Election. Use it wisely by voting BNP !

You've got my vote Kevin.

I notice that the tories, with a small T! are stating that they intend to limit immigration. which should they actually do so? would achieve absolutely nothing, because we already have far to many here. Immigration, or the correct term invasion, has to be reversed and only the BNP are committed to this necessary and vital task. Wake up fellow Britons and for the sake of "Our Country" Vote! and vote wisely. JMHO Allegedly!