Why has Nigel Jones of Neath Port Talbot Council Legal and Democratic Services stopped being " Such a Bully ?" 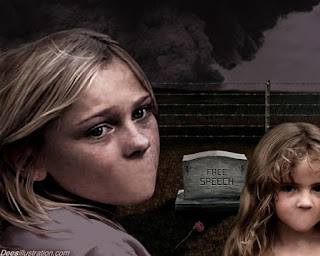 Below is a copy of an email that I received from Nigel Jones one of the corrupt and deceitful representatives of the  Legal and Democratic Services of Neath Port Talbot County Borough Council dated 31/3/2010.


The two truthful articles I published that seem to have upset Nigel so badly were eventually removed from this blogspot.


Dear Sir
.
Further to my emails dated the 3rd and 4th March 2010, I am disappointed that you have failed to remove the offending articles from your blog site headed:
Tuesday 16th February 2010
.
Linda Lewis Daughter is 24 today. Happy Birthday from everyone in the "Justice for Linda Lewis Campaign." You are not forgotten.
Thursday 18th February 2010
A moment for prayer. In the words of the Manic Street Preachers "If you tolerate this then your children will be next." Justice for Linda Lewis.
I would confirm that I am in the process of preparing Committal Proceedings against you in respect of a breach of paragraph 1 of the Court Order dated the 5th June 2009 which will shortly be filed with the Court. However, proceedings can still be avoided provided that the offending articles are removed forthwith
Nigel Jones
Legal & Democratic Services
Neath Port Talbot CBC
As I have stated the offending articles to Nigel were eventually removed and they were removed for a reason.
At that time I and many others had seen Nigel,David Michael and others "squirm and lie" in a corrupt court that was held in Cardiff. We all knew that they were terrified of the truth coming out.
Quite simply I wanted to find out just how desperate and to what lengths they would go to keep their and others illegal actions over the "unlawful removal or kidnapping" of Linda's daughter by their own Social Workers out of the public domain.
Which raises a couple of very important questions.
I have exposed the evidence Nigel that proves everything your Council has done to Linda,her family and her daughter is illegal.
So why are you not "in the process of preparing Committal Proceedings against me" at present ?
Is it because you and your rotten and corrupt brethren no longer have a leg to stand on ?


Hold on you are reading this article.


Perhaps you could ask Nigel himself ?


His email address is printed above but if you can't see it here it is.


I am sure that Nigel as an upstanding employee
of such a well respected,open,honest and
transparent council will welcome your
query and reply with due courtesy
and of course without delay.

Can we safely say that Nigel Jones' failure to act makes him an accessory to crime.
To do nothing as an Officer of the Court as Solicitor and Responsible Officer for the fit and proper conduct of his Authority makes him as guilty as the criminals that carried out such deplorable acts against the Lewis family.
Has anyone made a complaint to those that supervise good practice in the legal profession.
This man is guilty of Misconduct in public office and should be arrested forthwith.
Or, being that the HM Partnership are part of this a Citizen Arrest may be the appropriate way forward and present him to a Police Force outside Wales where he and his accessories are protected.

The Case need's the Urgent attention of Government.

Those involved need to be brought to Justice.

Finally
how much as this cost taxpayers.

After reading all the evidence that has been shown here

Linda Lewis case it is obvious that serious questions should be asked by the ombusman regarding this Councils Legal Department its Child Protection Department, its Councillers and some judges

I've Completely lost trust in all government departments,I have left numerus comments regarding the case, which I find very disturbing.

what i want to know what can we do to help.It seems everyone is useing the injunction to their own advantage not to investigate.

has you have rightfully stated the injunction no longer applies because you have published the evidence.Government will have to take notice sooner or,later.

I don't think! it's worth sending Nigel Jones e-mail he would just ignore it.

There need's to be a huge campaign or, may I suggest a German Journalist to investigate.

We're only making plans for Nigel.

All the guilty should be named and shamed The whole story sounds like a nightmare for the family concerned.

British establishment should be ashamed for allowing this to happen.

Nigel Jones need's to be sacked

How dare they threaten you with Committal proceedings.

When all have done is exposed the Truth a word that they don't understand.

Should be a full investigation into Neath Port Talbot.

I agree with one of the comments Nigel Jones and other's in the Council need to be investigated.

I believe there should be a public inquiry into the case.

I note you were told to remove the offending article

Sorry did Nigel Jones mean the offendig article that shows the Council has commited crimminal acts.

It is obvious that the stated Council could not!!and would not! take any Court action against yourself, the reason being they have to much to hide.

I am very grateful for the help you have given to the Family.

This Case been going on,far to long all those involved have been using the injunction to cover up their illegal and unlawful actions for years.

It's about time someone in power took responsibility for the case.

All truth passes through three stages. First, it is ridiculed. Second, it is violently opposed. Third, it is accepted as being self-evident.

Thanks to you Kevin we are now at stage three.

Nigel Jones is covering up for his cronies.

Good man Kev, I don't need to say keep up the good work, as I know you will. You have balls mate & I applaud you!

as any action by nigel jones would have to take place in open court [contempt proceedings] all the evidence would become publicly available and reportable with no excuses for hiding behind an injunction by the main media and the likes of Dai Francis and Peter Black.

Let's all hope that this evil travesty of justice will soon be over.

Isn't about time our Politicians were made responsible.

you are doing brilliant work

The Council would be to "scared" to take Court Action against yourself.

You have started to open a can of worms.

Nigel Jones and his like have taken away Linda's, her daughters and her families God Given rights.

They have to pay.

Let's hope there will be some good news soon,maybe someone in government might start to take notice and help.

Keep going i'm sure there will be an end soon for all concerned.