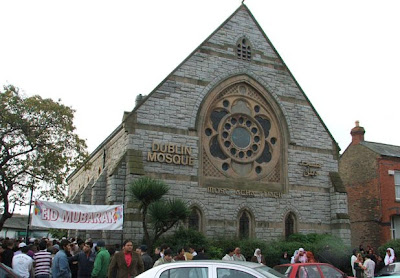 Last week, the Irish government formally launched a voluntary repatriation programme for immigrants and asylum seekers in Eire, offering them cash incentives to leave that country for good.
An Irish government spokesman said that the scheme will only apply to non-EU nationals living in Eire and would see the Justice Department spend almost €600,000 this year to pay for immigrants and their families to return to nations outside the European Union.
“The grants will not be given to individuals but rather the scheme will operate through projects and organisations,” the spokesman added “They [immigrants] can apply for the fund only through organisations and community groups. It is the first time we have introduced the scheme.”
The scheme was kicked off last Friday with advertisements in national newspapers in Ireland advising immigrants of the offer.
Application forms will also be available for non-EU nationals in the main immigration centre on Burgh Quay, Dublin.
According to official figures, up until the early 1990s, Ireland was 95 percent white and Catholic.
Ireland’s inhabitants are “non-nationals.” Most of them are from Eastern Europe, China, Brazil and west Africa or are British citizens who have settled on the island.
Some academics, such as Dr Bryan Fanning of University College Dublin, estimate that the real figure is more than 20 percent.
In either case, it means that one fifth of Ireland’s population is not Irish.
According to press reports, there is increasing anxiety in Ireland over this steady swamping of that nation.
Several days ago, the mayor of Limerick, Kevin Kiely, publicly called for the deportation of EU nationals who were out of work for more than three months and were claiming social welfare benefits.
“We are borrowing €400 million per week to maintain our own residents and we can’t afford it,” Mr Keily said, much to the consternation of Ireland’s liberals."
A voluntary repatriation programme by itself will not accomplish the goal of keeping Ireland Irish.
In addition to that incentive, the core of the problem must be addressed, namely the reasons why immigrants are coming in the first place.
The following steps, which apply to all First World nations, need to be implemented:
1. Ireland should be declared a non-immigration country, with exceptions granted in only the most extra-ordinary cases.
2. Ireland should commit to accepting genuine asylum seekers fleeing persecution only if Ireland is the nearest first safe country to the refugees’ country of origin.
3. Ireland should launch a comprehensive crackdown on all illegal immigrants and deport these lawbreakers back to their countries of origin without compensation.
4. The Irish government should formally announce that it is their intention to institute further policies which are designed to guarantee that the majority population in Ireland remains Irish.
Posted by Kevin Edwards at 19:32:00

It's not rocket science we are an island just like Ireland so you have to arrange a long term plan for population, it's not racist to look after your own indigenous people and Europe will follow soon, Holland has had problems with immigration it’s so easy to spout racist and nazi.
BNP you got my vote