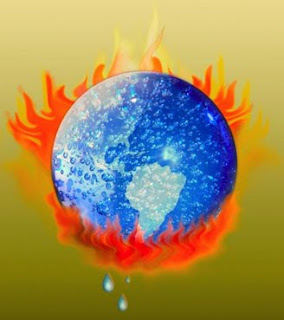 The “climate change” theory has taken a hammering with new revelations that a Government-funded research body deliberately falsified data and tried to suppress the news that the earth’s temperature has actually been stable for the past ten years.

The latest revelations — released after an illegal email and data hack into computers at the University of East Anglia’s Climate Research Unit (known as Hadley CRU) — indicates that scientists involved in propagating the “climate change” theory have resorted to lies, distortions, cover-ups and smears of opponents, to “prove” their theory.

The “climate change” theory has been used as a political tool against industrialised nations to increase taxes and subsidies to the Third World as “compensation.”

For example, as recently as last week, one Suneeta Mukherjee, country representative of the United Nations Food Population Fund (UNFPA), claimed that “climate change” was responsible for women in the Philippines turning to prostitution.

“The effects of climate change have driven women in communities in coastal areas in poor countries like the Philippines into dangerous work, and sometimes even the flesh trade,” Ms Mukherjee said.

The leaked emails, from some of the most prominent scientists pushing the “climate change” theory, indicate how they have used “tricks” to cover up holes in their data.

Allegations over “climate change” have been used in recent years to make all manner of outrageous demands for compensation from the West’s taxpayers.

It has even been used as an excuse why Europe should be obliged to accept “climate change refugees” from the Third World.

The latest revelations will add fuel to the fire of those of us who consider the entire theory to be bogus and politically motivated.

Once again another Labour lie cynically invented for their own political ends. Vote them out !

So will the Labour Government now prosecute their own cash funded " Quango " for telling lies about the "Myth Of Global Warming" that they set up in the first place to help rob us of more of our taxes and justify their mass immigration policy ?

Somehow I doubt it.

This might be the same thinktank that a few years ago warned us all that we would be "microwaved" because of the hole in the ozone layer !

I haven't heard that for a while.

Obviously the planets temperature and wellbeing fluctuates and has repaired itself for billions of years.