Below is an article originally published in the Western Mail on the 20th of July 2009.

Personally for The First Minister Of Wales who is also the Elected Assembly Member for the town of Bridgend which has the HIGHEST NUMBER of teenage suicides in the UK to make a statement  regarding suicides of any kind deeply disturbing.

Or has the true agenda of the corrupt and rotten Welsh Assembly Government unwittingly been revealed as Carwyn Jones has avoided the Welsh Assembly sponsored suicides issue of young people within his own constituency for far too long ? 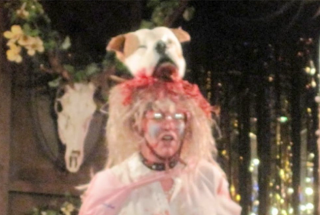 The article in full below. Source here


THE most senior law officer in Wales – who is also the front-runner to succeed Rhodri Morgan as First Minister – has spoken out in favour of assisted suicide for the terminally ill.

Carwyn Jones, the Assembly Government’s Counsel General, has posted an entry on his personal blog in which he explores the issue in the light of the suicides in a Zurich clinic of conductor Sir Edward Downes and his wife, Joan.

The couple’s family said they decided to end their lives together after struggling with serious health problems. Lady Downes, 74, is understood to have been suffering with cancer while Sir Edward, 85, had become virtually blind and suffered loss of hearing, although he was not terminally ill.

In his blog, Mr Jones, pictured, the AM for Bridgend, said the story raised some important questions about medical ethics.

He wrote: “I’ve always taken the view that people who are terminally ill and in pain should be able to take their own lives if they want to and be helped to do so. I’ve never understood why people should be forced to be in pain. There have to be rules to guard against abuse however.

“Doctors sometimes have to maintain a balance between controlling a person’s pain through drugs and administering a fatal dose of painkiller to that person.

Are we really saying that in those circumstances it’s better that somebody should suffer pain so as to ensure that they are kept alive?

“In controlled circumstances I think assisted suicide is acceptable.

Although it’s illegal here I can’t imagine any jury actually convicting someone of the offence.

I would stress though it should be carefully regulated.

Opponents of assisted suicide often argue that it would lead to the elderly taking their own lives so as not to be a burden.

That is an extreme viewpoint though, and one which can be prevented by regulation.”

Mr Jones said the Downes case threw up a different question. “Lady Downes was terminally ill and only had weeks to live, but Sir Edward, though very infirm, was not.

Nevertheless he chose to take his own life at the same time as his wife. Should he have been allowed to do so?

“There is a sad comfort in the fact that they were together when they died and held each other’s hand when they did so. Perhaps only the hardest of hearts would have prevented them from doing that.

What troubles me though is that somebody who wasn’t terminally ill was helped to take their own life.

This raises the question of people who are infirm or chronically ill wanting to take their own lives so as not to be a burden.

“It seems to me that assisted suicide should only be permitted where: a) the person is in pain; and, b) that person is terminally ill. That would have meant that Sir Edward would not have died, depriving him of passing at the same time as his wife. It would also though have prevented a possible opening of the floodgates which the die hard opponents fear so much.

With many issues of ethics, a compromise is often the only sensible way forward.”

Mr Jones told the Western Mail: “This is a personal view, and of course the question of whether people should be prosecuted for assisting others to commit suicide is a non-devolved matter.

“This is an entirely separate issue from the disturbing cases where young people living in the Bridgend county borough took their own lives, and it would be wrong to imply that there is any connection between that tragic situation and the question of assisted suicide in circumstances where people are terminally ill.” 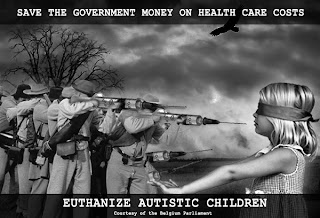 With a proposed law on the verge of approval by the Belgium parliament would allow children to decide for themselves whether they should be euthanized (“killed”) by medical personnel. See here .

It is apparent that the abuse of children is and has been for a long time been high on the agenda of the sick and twisted individuals who masquerade as politicians who should be accountable to us within positions of public service.

The treatment of Linda Lewis' daughter by those in positions of authority more than proves this.

It is obvious to us that Carwyn Jones is one of, if not the MAIN MAN responsible for keeping " Justice 4 Linda Lewis " from being achieved.

Is it no wonder that he does not reply to any emails sent to him here .

Silence is a clear admission of guilt and a lot too hide.

Carwyn Jones' doorstep is the hell hole of Wales. We will never discover the high levels of suicides in the Bridgend area as this man keeps the lid on it.

Carwyn Jones has never replied to emails regarding the Linda Lewis case and consistently avoids the Bridgend Suicide Question.

What does this tell you ?

PLUS he used to be a family court solicitor in Swansea !!!!!!

Join the dots folks. Its not difficult.

OUR TIME HAS COME. YOUR TIME IS OVER.

Cmon Carwyn own up,
Was the killing fields of Bridgend part of an experimentation programme for the acne killer drug.

We all know about historic child abuse and I have been trying to get myself heard and believed as I was abused in the Bridgend area back in the 1970s and attempted suicide.

I am writing my autobiography where I expose what happened and I shall be naming and shaming Carwyn Jones as well as Abertawe Bro Morgannwg University Health board for not providing me with my medical records concerning the times I was abused in hospital.

My book is intended to be launched on 11-12-13 and is called “A Pain In The Rs” (ISBN 978-0-9926729-0-4) as it is all about the lack of respect, recognition, reward combined with abuse, betrayal and neglect while I was living in the Bridgend area. Carwyn Jones won’t answer any of my letters but I managed to get Madeleine Moon to reply as I threatened her with name and shame.

This is not a marketing ploy but action I have had to go along due to being ignored and not believed by people in senior positions of authority – but then like supports like.

there is something weird going on in s.wales and u must all go to the outside world with it becoz its being hidden denied and undiscussed in wales.

Carwen Jones is one of the most corrupt person in south wales government along with quite a few others it is also known carwen Jones has covered up paedophiles withing the welsh care system and government . What I want to know is how many young people really killed themselves in the Bridgend area has I have been told its over 100 by a police officer from Bridgend and warned me he could lose his job if it were ever known he informed me . Let's look at Tetra police communication radios then you may be on the right track in finding out what is really going on and its not mobile phone masts It's the TETRA system and mind control . Look it up yourselves .

Madeline Moon was the first idiot who said we must shut these evil websites down that's encouraging our young people to comit sucide yet there was no evidence that any websites were encouriging anyone to do anything . There should be a website that encourages MPs and media to tell us the truth and stop the lies and corruption going on in the useless corrupt welsh assembly. We has people got the god given right to be told what is going on in bridggend instead of the corrupt welsh assembly making their own rules . How the hell can 650 MPs in parliament tell 62 million of us what to say and do its about time we got rid of these corrupt thieving idiots once and for all . What's the true figure in Bridgend that's what I want to know and many other's.