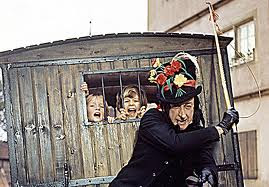 Recruiting high quality social work staff is one of the top priorities for interim social services director Nick Jarman — who admits the problem is that there aren't enough of them around.

But that won't stop a man with a proven track record as a social services trouble-shooter as well as director of social services departments in councils across England and Wales.

It ruled there had been a lack of progress addressing problems identified in earlier inspections.

Neath Port Talbot accepted the findings and agreed a series of key improvements to work towards over 12 months.

Recruiting and retaining social workers has been a critical issue. 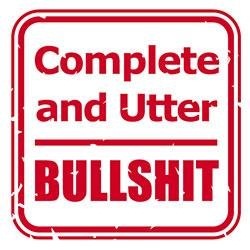 "There are two reasons for this.The most unattractive thing for people is unmanageable caseloads," he said.

"My first priority was to undertake a sizing exercise to make sure the caseloads were within the benchmark level you would expect in a council with a socioeconomic context like this.

"The second point is that the workforce needs to feel secure, and they will feel secure when they see the scaffolding being put into place — the improvements in quality, recruitment and supervision.

"When they see this being put into place they will feel much more secure. They will feel better about themselves and the organisation. I don't want anyone leaving in the evening feeling like they cannot face tomorrow."

Recruiting good quality social workers for children's services was difficult, he said, simply because there were not enough of them around. That meant Neath Port Talbot had to compete with every other council for them. 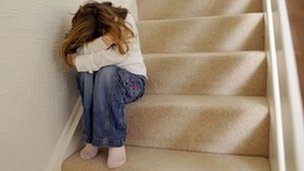 "We are recruiting 15 principal social workers.

These are very highly skilled social workers who would otherwise go into management but who will retain front-line practice leadership role and be paid what they would be paid as a manager.

"That recruitment programme has just been completed. We have also had a recent campaign to recruit additional social workers.

"We will end up after this with a vacancy fill of between nine and 11, which is no higher proportionately than any other council in England and Wales.

"Our social worker complement is about 60 so nine is ok. But we need to fill that gap and we will fill above it if necessary.

"We are going out for another trawl."

We will be advertising nationally and particularly in Northern Ireland, where there are more qualified social workers than there are jobs.

"There are some really good quality social workers there, who can fly here and back easily through Cardiff Airport.

It's a bit like painting the Forth Bridge — we have to keep recruiting."

Another issue has been the high number of referrals, which can come from health agencies, the police, GPs and others.

"The number has increased across the country. That is a fact of life but we have to ensure we have a manageable situation and there are two things that are very important.

"One is to put in place excellent early intervention and prevention services.

"These services pick up families that are going to be problematic or in trouble at the very earliest opportunity, working with health visitors, midwives, GPs and partner services, particularly around parenting, domestic violence and substance misuse.

"But particularly it is around parenting and enabling parents to be able to bring their children up without harm and without neglect.


"If we get that right we will find we will have fewer referrals because we will stop these things before they escalate into very high cost-intensive services, which is what is happening here at the moment.

"It's about the number of looked-after children, which is three times the national average, so the answer is to get this early intervention and prevention.

"Our number one priority is keeping children safe and protecting them from harm, and preventing neglect." 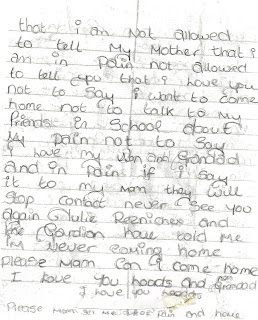 The second important factor, he said, was the way the council dealt with referrals, which until now could have been made to any one of the council's community-based teams.

"That is an old fashioned way of doing things. What we have done in the last few months is set up a common access point (Cap) in Neath, which has a hand-picked, specially-recruited team of social workers, led by a very able manager, that triages every contact as it comes in.

"Things are then sent to the right place whether it's a child in need case, child protection, no further action or signposting them to another service.

"Referrals are processed instantly and dealt with safely and properly.

"We are having a health visitor co-located there. She has joined the team so we have health colleagues there, and in due course we are going to have the police public protection team in there as well as most referrals come from the police.

"We have to prevent cases coming in that shouldn't be in the system and clogging it up.This will speed up the efficiency and responsiveness of our children's services."

Don't forget " Child Kidnapping By The State " Is a £20 Billion a year industry.

Not all Social Workers are bad.

This explains the high turnover of staff within Neath Port Talbot. Many have consciences. Many have children of their own.

As usual my thanks for all the information that we receive on a regular basis from within Social Services that allows us to paint a true picture of what is really happening within the Councils " Child Snatching " department.

Despite her being politically ousted with a £200,000 pay off to keep stum it hasn't worked.

Until Julie Rzezniczek is jailed and Linda Lewis gets her justice Neath Port Talbot Social Services will always be known as a parasitical, satanic entity that needs to be erased from the face of the earth.

looks like SSIW too late again to help children who are victims of poor performing SS.

Maybe they will now do a similar one in swansea [before another aaron gilbert dies]?