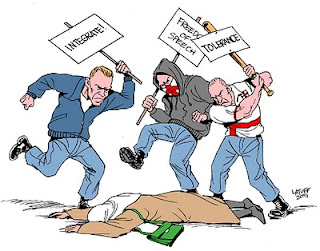 A prominent West Wales BNP member and Welsh Assembly Candidate was recently arrested for an assault against a minor.

According to Dyfed Powys Police he has not as yet been charged and is believed to be out on bail.

Investigations are still on going and it is believed that Social Services are involved.

My thanks to all the good people who have advised me of this particularly sickening incident.

Thank you for placing your trust in me.

I recently received a phone call telling me to remove this item or " I will be coming after you." I will not be doing so as I do not give in to threats from violent thugs.

This incident has been reported to Crosshands Police Station where a crime number has been issued.

I also have a duty to represent the good people of West Wales who advised me of this incident and I will continue to give them a voice.

In a phone call received at 20:19 tonight Crosshands Police confirmed speaking to the man concerned who admitted making the threatening phone call.

He has now been advised that any further attempt to contact me will result in my bringing charges against him.

Thank you for standing up to this thug. One day he will get brought to justice for all the wrongs he has commited against so many people.

He is loathed in the Community.

Several of us were to enter a big darts tournament next Saturday being held locally.

In protest at this guys actions we will not now be attending and hope that other players will now follow us by doing the same.

Well done to you Councillor.

Keep aiming at the Bullseye you'll hit in sooner rather than later.

The lowest form of cowardice.

Typical of the man.

The New Leadership website www.draemerson.blogspot.com has this story but Andrew starts off with the following.

The following posts were recently published on Cllr Kevin Edwards' blog. It is a scandal that the individual to whom Kevin alludes was allowed to represent the British National Party as a candidate for public office. Griffin promotes trash to positions of prominence within the BNP and then wonders why the party's vote collapses.

Or is Griffin working to orders from the secret state?

Do Brian Mahoney or Nick Griffin know about this.

Would they do anything if they did ?