The Lib-Dem Party has now destroyed itself. Good Riddance ! 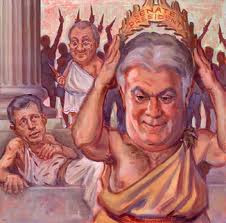 Business Secretary Vince Cable, once the darling of liberal supporters, signed a pledge not to increase university tuition fees before the election.

Just how hypocritical can you get?

Cable has now called on Lib-Dems to back Tory plans for a massive hike in fees. This will create an elitist education system in which only the richest will be able to afford to send their children to University.

Government should be investing in future generations not depriving bright students from middle and lower income families of the opportunity to succeed.

It is obvious Clegg, Cable and co will stop at nothing for a taste of power, no doubt they will all be offered safe Tory seats at the next election for services rendered, leaving their backbenchers in the unenviable position of trying to convince the electorate that a vote for them is not a vote wasted.

A lot of Lib-Dems are going to lose their seats and second places such as in Aberavon at the General Election will be a thing of the past.

The disregard for the policies that Liberals fought for in their manifesto is sickening, every single Liberal voter has been betrayed by these power mad hypocrites, their unsavoury actions herald the final demise of the liberal party.

Surely they must now be recognised as a thoroughly unelectable and dishonest rump !
Posted by Kevin Edwards at 14:18:00

They sure have Kevin.

I voted for them in Neath purely to get rid of Hain.