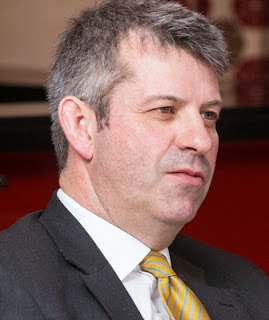 Today the Chief Executive Of Neath Port Talbot Council Mr Steve Phillips ran out of time to re butt the accusations of wrongdoing made to him by Linda Lewis in her "Affidavit Of Truth."
As Linda acts in truth and honesty an extension to the time limit of 30 days was offered to Mr Phillips on Friday afternoon extending to 1200 on Monday 28th October 2013.
Linda as per the terms of the Commercial Lien has not received a response from Mr Phillips.
None of her truthful accusations have been rebutted.
Therefore Linda now has " Summary Judgement " on Mr Phillips as he has accepted the accusations made by Linda as being truthful by his acquiescence.
The value of the judgement against Mr Phillips is £20,000,000 ( Twenty Million Pounds Sterling )
The Public Notice has been issued which can be viewed HERE and will appear on cars and in shops within the Neath Port Talbot area soon.
This raises a very interesting point.
Neath Port Talbot County Borough Council we are reliably informed is currently operating with a deficit of £40,000,000.
The Chief Executive Steve Phillips and the Head Of Legal Services David Michael HERE both have Summary Judgements against them totalling £40,000,000
Linda has written to Mr David Michael requesting the full details of the Insurance Company , the policy number and the name of the Council contact be supplied within 10 days so that we may lawfully inform them of this additional debt so that they may consider re evaluating their policy premium should they see fit.
Will we receive a reply as informing the Insurance Company is a Legal requirement ?
Time will tell.
Posted by Kevin Edwards at 12:00:00


They are all responsible for the abuse of the Child,I'm happy to see some form of action is taken out against the Council.


Good work my Friend those who abuse their power should be made accountable.

No-one should be above the Law.


What are the elected Councillors doing ,they are employed to represent the Public.They should be asking questions about the Chief Executive Steve Phillips conduct in the matter you have raised.

Good on you for challenging them.

Well done to Kevin and Linda for their determination and resourcefulness.

Best wishes from Robert Green and the Hollie Greig Campaign

Mark
Silence is an admisson of Guilt

There is nothing better than exposure of real criminals and real Justice to go with it :)

Cover up over NPTCBC and the Welsh Assembly Government.

Give it up FFS.

Well this is bound to be Front Page Headlines in the local newspaper isn't she says sarcastically.


What is the welsh Government doing about the corruption whithin the council.
Surley they have a duty to investigate.
They cannot ignore the truth

Will be out and about in town tomorrow with them.

Would that happen to include Messrs Phillips and Michaels £40 million or haven't they told anybody about that yet.


I have always found the Councillor's of Neath Port Talbot very helpful.
It is about time they took some responsibilty regarding this case

Underhand,corrupt,deceitful,incompetent,inefficient,sinister,immoral and the home of child kidnappers.

It is the law that the Insurance company be notified.

There is no way around this.

I WONDER HOW THEY WILL TRY TO GET OUT OF THIS ONE.

Credit where credit is due.

The information I quoted in the UK Column interview on 10th October 2013 stating that Neath Port Talbot Council was £40 million in debt from an inside source has turned out very accurate.

So the figure of £40 million wasn't far off the mark.

Thank you for that.

There are a lot of good people within this Council desperately fighting for a victory for Linda.

It will happen believe me.

It's just a shame that the Council is run by scoundrels

Steve Phillips will still keep his £138k a year package.FFS

David Michael will still keep his £100k a year package.

All 64 Councillors will keep pulling a wage with Ali The Bung on £52k a year.

And yet as planned NO Social Workers will be removed from doing Satan's work by taking away children to be abused.

New Satanic blood will drawn in to Social Services to support child abuse on Managerial Salaries while real workers who actually do contribute will be sacked.

Council Tax will rise and so will the egos of the Councillors who will pat themselves on the back for a job well done.

Senior Management will claim VICTORY is our and break open the Champagne.

And yet despite the incompetence of this inbred bunch of fools the people will still be behind Linda in overwhelming support.

Close this incompetent bunch of foolish idiots down without delay and leave the children alone.

"It's just a shame that the Council is run by scoundrels" you said Kev.

Bet you these twats are still draining the public purse while the workforce is decimated.

Good luck to him and Hillie Greig and her family.

He is up against the same sort of scum in Scotland as we are up against in Wales as far as cover ups go.

Keep going both of you.

This is his website re the Hollie Greig Campaign

A cesspit of corruption

"For there is nothing secret that shall not be made known…"


Why aren't the Government's helping

You are a good man and i hope you continue to support the justice for linda lewis case.


In yesterday's daily Mirror according to former director of Public Prosecutions Keir Stamner.

Failing to report child abuse allegations should be a Criminal Offence.

He said the Criminal Justice system should adopt a straightforward and simpe mandatory reporting scheme.