Hotting up nicely in America. The "Naming and Shaming " of the guilty has started.

At the bottom of this article are up to date statistics from this blogspot.
The very interesting  thing is that the hits from America are more than twice that of readers in the United Kingdom.
For a long time an excellent team of friends and supporters have been " beavering away" in the States publicising the injustice that Linda , her family and daughter have suffered at the hand of corrupt and sinister Doctors , Politicians , the Police , Judges and Social Services. Also added to the list is a Newspaper Editor.
It is hoped that a documentary style investigation into the " Linda Lewis " case will be made by a well known TV network in America similar to the one made by ITV Wales a few years back.
Sadly ITV lost their nerve and integrity under pressure from the " Guilty Cover Up " merchants in Britain. Shame on them.
Another reason why the above statistics show increased interest from America can be also be directly attributed to the
above video by Brian Gerrish of the UK Column newspaper.
http://ukcolumn.org/
Our American friends have been in contact with Alex Jones and we now know that his team are in receipt of all the evidence.
Brian is a personal friend of Alex Jones and we thank him for his help.
Michael Moore is also on our teams radar and the initial response is positive.
The "name and shame" game has already started.
Interesting times ahead. 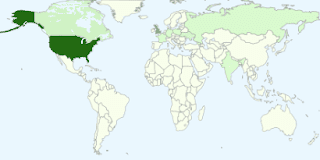 why don't you publish a lsit of the pro's [professionals/prostitutes] involved in this case just like they do in some public enquiries eg Laming report lists all the police social workers, doctors etc. Do the same for this bunch so we have a reference and know who to avoid or watch out for.

The names are already known worldwide.

Further discs have been sent out with the "name and shames"


The list is massive and all can be proven.

The time for asking for fair play and justice from corrupt,wicked and immoral abusers of public office in the UK is over.

The desperate guilty have had their chance in the UK.

Lawful rebellion and the BCG involved.

There is nothing that they can do now to hide.

Their game is over.

But are they set out in a schedule as in for example the laming report with the name, position/job title and location.

those looking at it can clearly see that she was inolved in this case and covering up for other failed social services such as swansea and their failed child protection services.

only a suggestion but would look good and handy reference - see the name and look in evidence where they were involved in this case.

I would go along with the last comment.
We need the list of allthe names as they may have carried such crimes out on others.

"solictors from hell" named and shamed solicitors which has [possibly] led to the law society to now start to publish the details of solicitor complaints and the solicitors details.

the same could be kicked off here with evetually people adding other case details - I can think of two other situations to add to the police officer mentioned on thos website.

As details get added the public can see who these vermin are and what a cancer they spread not just by their abuse but economically as well, how much has this case cost the state and is continuing to cost in maintaining N**** and the secrecy surrounding her.

Cllr Edwards, Please keep up the fight on the Linda Lewis case. Once this really comes out into the open, and it surely will, it could lead to many similar cases throughout the country.
How about sending this evidence with a complaint to the United states embassy.
Thank you for working tirelessly on this fight for justice.