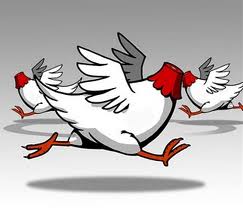 Drinking water does not ease dehydration, the European Union has ruled – and anyone who disagrees faces two years in prison.
The decision – after three years of discussions – results from an attempt by two German academics to test EU advertising rules which set down when companies can claim their products reduce the risk of disease.
The academics asked for a ruling on a convoluted statement which, in short, claimed that water could reduce dehydration.
Dehydration is defined as a shortage of water in the body – but the European Food Standards Authority decided the statement could not be allowed.
The ruling, announced after a conference of 21 EU-appointed scientists in Parma and which means that bottled water companies cannot claim their product stops people’s bodies drying out, was given final approval this week by European Commission President Jose Manuel Barroso.
Under British law, advertisers who make health claims that breach EU law can be prosecuted and face two years in jail.
The decision was being hailed as the daftest Brussels edict since the EU sent down laws on how bendy bananas should be.
‘It is a perfect example of what Brussels does best. Spend three years, with 20 separate pieces of correspondence before summoning 21 professors to Parma, where they decide with great solemnity that drinking water cannot be sold as a  way to combat dehydration.’
He added: ‘Then they make this judgment law and make it clear that if  anybody dares sell water claiming that it is effective against dehydration they  could get into serious legal bother.
‘This makes the bendy banana law look positively sane.’
Source http://www.dailymail.co.uk/news/article-2063031/Dehydration-EU-says-CANT-claim-drinking-water-stops-body-drying-out.html

This "dehydration" issue, interesting to me..