Let's hope the South Wales Evening Post is next. Useless, biased journalists who feel entitled to abuse power in order to appease their political masters are paying the price of their wickedness and arrogance. 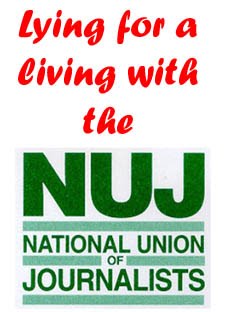 More vile journalists, complicit in the destruction of Britain have lost their jobs.

Seven senior reporters at Trinity Mirror’s Celtic newspaper series have been issued with compulsory redundancy notices.
.
When they leave the company next month six senior reporters and five trainees will be left to cover the seven weekly titles.
.
The cuts are part of plans unveiled last month to axe 22 editorial jobs, including eight from production and four from sport, as Media Wales moves to a single production team for news and features across the Western Mail, South Wales Echo, Wales on Sunday, and the Celtic series.
.
Media Wales’ most recent financial figures, for the 2009 financial year, show a 24 per cent drop in turnover to £36.4m and an 84 per cent fall in profit from £12.9m to £2.1m.
.
The local NUJ branch ruled out taking industrial action after it was given more up-to-date financial information on a confidential basis, but it is now pressuring management to produce a rescue strategy for the group’s newspapers.
.
“We want to see a strategy for the future of the company to make sure this place keeps going,” said father of chapel Martin Shipton. “The level of cuts are such that members are speculating about the future of the company.”
.
Last year Trinity made four editors redundant on the Celtic newspapers, replacing them with a single editor-in-chief.
.
In 2009 Trinity closed district offices in Aberdare, Ebbw Vale and Neath and split production of the papers between the remaining offices in Merthyr, Bridgend and Pontypridd. This was followed by the closure of the the Neath and Port Talbot Guardian titles.
.
In September the National Assembly for Wales will launch an investigation into the state of the Welsh media in response to widespread job cuts in both the press and broadcasting.
.
Earlier this week it was reported that Trinity is set to increase its cost savings target from £15m to around £25m this year, with fears that more job could cuts would be likely.
.
To make things worse the number of people prepared to pay good money for old rags is falling fast. They are sick of paying to read rubbish and leftist propaganda, so cutting jobs is the only option left.
.
If you think of all the damage those useless rags have caused to this country, a steep downsizing of the media sector is not just good, but very desirable.
.
Let's hope that the South Wales Evening Post and it's useless, biased journalists who feel entitled to abuse power, remain silent and cover up for criminal acts in order to appease their political masters will soon start paying the price of their own wickedness and arrogance.
.
They won't be missed.
.
Kevin
Posted by Kevin Edwards at 08:31:00

Let's hope they shut the grubby operation down.

It's a mass media lie machine.

Would be devine and sweet justice if it happened.

No loss to anyone who now knows what this newspaper is really about.

Keep going Kevin for the sake of the family.

In my job if the "Graphics" I put out were not up to scratch I would expect also to be sacked.

I would also expect my company to lose customers.

Newspapers promote their own agendas and those of the corrupt and rotten establishment.

Truth is a dirty word for a journalist these days.

By not respoding or posting feeble excuses the likes of Hywel Francis and Spencer Feeney are doing the dirty work of the guilty like Dr Dewi Evans and Julie Reznicek.

They hope to have one aim.

To demoralise us , make us despair , give up and go away.

Every rebuff makes us stronger, much stronger.

Some of us have been fighting this case for nearly 13 years and have still not given up.

If it takes another 13 years well we shall do it.

Adversity is strength and in it we grow stronger.

Silence is weakeness and you get weaker.

Your time gets shorter.

The Evening Post need to answer Question's for their part in the Kidnapping of this innocent Child.

I have studied the evidence on the CD'S that you sent me.

Legally it is perfectly clear that the South Wales Evening Post and it's Editor Spencer Feeney have acted in a premeditated manner by aiding and abetting in the illegal removal (kidnapping)of a minor from her families care while they were perfectly legally and correctly seeking proper medical advise for her in America.

Grounds/smokescreen was implemented to make this illegal act look as legal as possible and would probably have remained undetected if good people working within the system had not forwarded the evidence onto Miss Lewis and her family.It is good to know that some people who were unwillingly dragged into this charade had a conscience.

Your next step is to report the newspaper to the Press Complaints Commission and to the owners of The South Wales Evening Post the Northcliffe Group.

Be aware that research has shown that Spencer Feeney is actually a Regional Representative on the PCC so it is essential that he has no input.

Publish all emails that you send and be sure to request that Spencer Feeney is not allowed to participate in this investigation.

No reply from either the Northcliffe Group or the PCC will confirm their guilt and so will a cover up.

The evidence is conclusive and the newspaper is in deep,deep doo doo over this and legally has no out at all.

Such a serious appeal as "Child Missing" MUST give an outcome that is satisfactory one way or the other.

They did not do this.

Next step is to take legal action directly against the South Wales Evening Post and Spencer Feeney.

There is no "Time Limit" on your way forward.

I will advise you what actions I recommend in due course.

Seems that no one has taken any responsibility for the abuse of this child and famililies civil rights.

Is this Brirish justice? I think not it makes me ashamed of my Country and appalled by the lack of Compassion shown to the Child and Family.

They are Victims of Cruelty beyond belief
look's like this as been done to cover up for their own incompetence.

Glad to see that Britian First are supporting this dreadful case.

I need to see this evidence as I have grave concerns regarding Lyn Naylor, she works behind the scenes in a big way with social services/swansea courts.

Lesbian scene may explain a lot as well!

It may fill in a lot of gaps.

Lyn Naylor rakes in hundreds of thousands every year by playing the game of Social Services. She has never represnted anyone in a child care case properly.

She is an instrument of the state. An agent of misrepresentation.

She is not to be trusted. She is a poultice on democracy sickening and leacherous.

A blood sucker for money.

Wow Lyn Naylor fits a jigsaw in SS childkidnapping / trafficking trade. Her buddy Julian Hussell's monopoly in the Cafcass arm of state child kidnapping is protected by his daddy Judge Hussell a sleeping partner in Hussell Solicitors, Port Talbot. Leeches of the child trafficking monopoly in South Wales, capitalising on the lies and deceits behind the secrecy of family courts at the expense of public funding. Beware of these so called "officers of the courts." Sorry lying dependent courts.

Wow Lyn Naylor looks like the fat controller - can't wait to see the evidence about her involvement - lots more about her to come out in other cases it would appear - [excuse the coming out bit not a ref to her alleged lesbianism]. Avery Naylor a firm to be wary of?

this case is certainly making the connections and exposes the really reasons for secrecy in the family courts.