IMMIGRANTS FROM POVERTY-HIT BULGARIA TO COME TO BRITAIN 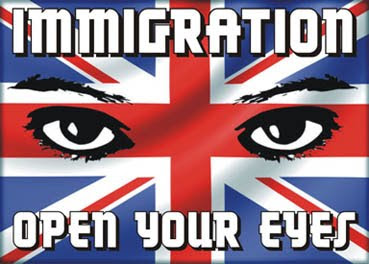 The former Communist state’s economy has plummeted in the credit crunch.
.
A massive 29% of the population can no longer afford to eat, while one in five earn less than £90 a month for full-time work, according to Bulgarian newspaper the Standart.
.
More than 20,000 immigrants a month came to Britain from the former Eastern Bloc nation before the recession, then the numbers began to dwindle.
.
But now Bulgarian officials believe similar numbers could start heading to the UK again, despite our population standing at over 61million.
.
A Bulgarian official said: “Britain is the No 1 target for people leaving our country.
.
“It’s where they believe they can most easily pick up work.”
.
The influx is set to be one of the trickiest issues for Immigration Minister Damian Green, 54.
.
And Sir Andrew Green, 59, of think tank MigrationWatch said the Bulgarian situation was “something to watch.”
.
Posted by Kevin Edwards at 20:32:00

Our children and elderly go without and these get welcomed with open arms.
There are not enough of us working to keep our own people without having to subsidise these migrants.
The Daily Mail recently covered the story of a group of Afghans having taken three years to walk as far as Hungary on the way to free and easy Britain.

Who is normal here, am I missing something or are our lowlife politicians that thick and insane.

Immigrants come on down!

The benefits are right!

It's a shame it's not a game show, it's reality

“It’s where they believe they can most easily pick up work.”

I can't and neither can my son.

Now I know why.

The jobs are not meant for me and my family.

We do not matter.