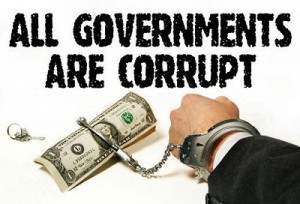 This morning three " Commercial Lien " documents were signed for by registered post and are now in the hands of three despicable criminals who still hold Public Office.
These criminals have collectively broken every law in the land in order to either cover up for their own criminal activities or those of others involved in the kidnapping of Linda's daughter in 1998 from her sickbed in America at gunpoint using a false passport so that Medical Negligence actions already started by the Lewis family would never come to light in the United Kingdom.
The value of each " Commercial Lien " is £20,000,000 ( Twenty Million Pounds Sterling ).
Notices of " First and Final Warnings " were sent to these criminals on the 17th August 2013 and were signed for and received.
They chose not reply.
Therefore we have followed due process and lawfully activated the "Commercial Liens" in which these criminals now have 30 days to rebut the truthful accusations made by Linda Lewis against them by individual affidavit and then take Linda to a common law court for judgement.
They cannot do this.
Therefore after the 30 day period has elapsed we receive "Summary Judgement " and " Public Notices " will be activated with adverts in newspapers and especially The London Gazette and all credit agencies.
The Commercial Liens will be pursued to the end and we will be looking for full recompense to the value of each lien from every criminal named.
A " Lawful Chain " has been established to protect Linda Lewis from any potential harassment or harm and will ensure that this process cannot be stopped under any circumstances. 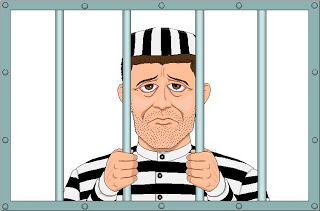 As well as the three " Commercial Liens " mentioned , several other Liens have been  " Lawfully Notarised " and are held at different locations and will be posted to other criminals involved in the kidnapping of Linda's daughter very soon.

Several American Radio Stations are keen to follow this story and are watching with interest.
I have already been booked in for a two hour show in a few weeks time.
My and the families thanks to the many who made all this possible.
Remember that you cannot kill the truth but you can always kill a lie.
Posted by Kevin Edwards at 13:27:00

I await the the 30 day expiry with growing interest!

Those slippery characters the Councillors could now be in deep shit if you chose to go down that line.

Commercial Liens can badly affect your credit rating and leave you on judgement.

Councillors beware there are standards to meet for being a Councillor and a Commercial Lien hanging over your head will prohibit you from standing and can force you to resign.

These slippery characters can be booted off the Council Kevin should you wish and should they opt to remain part of a crime and stay silent.

But I kinda think you know all this.

Commercial Liens are very powerful weapons that cannot be interfered with by the bent judiciary.

Bent solicitors, judges , lawyers , social workers are all excluded from getting involved.

The truth will out.


IT'S ABOUT TIME THESE LOWLIVES ARE BROUGHT TO JUSTICE.


Why have the Council and other's allowed this to happen to innocent child, and family. I don't know anything about Commercial Liens hope all will be resolved for thoose involved.


Don't know anything regarding Commercial Liens I'm glad at last something is being done.


At last there will be some accountability.


I wept when I saw the Uk Column Video, how anyone could do such an evil terrible thing to a Child
is simply beyond my imagination.

I'm glad to hear that these people are know being made accountable.


They will have to take
Commercial Liens seriously.


People should be arrested they are nthing but Criminals.
I'll be watching this space to see how things develop.


Genuinely hope everything work's out for Linda and her daughter.


It's alway's the same with these people' they think they can do what ever they like to us, times are changing, and more people are wakeing up to the way the system in this Country is operating.


The only way to hit these people is to hit them in their pocket.

Everyday that this continues makes them look more guilty and laughable.

The Genie is really out of the bottle now.


They deserve to suffer the same heartache as the Lewis Family.

Hope every member of the rotten Welsh Assembly Government gets one.

The way they have conducted themselves over this case is a prime example of why this waste of taxpayers money should be shut down and the building reduced to rubble.

Sack David Michael and arrest him.


Best New's I'v heard about time something come to light for Linda.


They are desperate when do they intend to take responsibility for the abuse they have committed.

They are the perpetrator's and should pay the price.

Their job should be to safeguard Children.


There is no excuse for the way the system has abused Linda and her daughter. Good luck to Linda I pray she will be reunited with her daughter soon.


What chance have we got to protect ourselves and our families against the system when Linda has got all the evidence yet no-one in authority as done anything to help only cover the crime with a injunction.


I'ts about time the newspapers printed this story.


Would have loved to have been a fly on the wall, when these abuser's received their Commercial Lien.


They have no where to hide now Kevin
it will be interesting to see what happens next.


Only a matter of time before they Crumble.

You have put a smile on my face

The Welsh Assembly Government = The Most Tragic , Demeaning and Shameful Mistake Ever Made In Welsh History.

Look At The Dregs And Scum Who Sit There Today.

All Roads Lead To Carwyn Jones.


Taking a closer look at the Evidence,I must say "solid evidence",the wrongful removal of the Child from USA carrys a Prison sentence in itself.
Those who have violated international Law need to be held accountable."


Strongly believe the case is like a can of worms just waiting to explode.

You are all still not seeing the full picture are you?

Let's hope those involved will pay for their Crime soon!


You are doing amazing work
people like you deserve all the help and support.


Absolutely brilliant.
Do Commercial liens mean that you have a legal right to keep or sell somebody else's property as security for debt.


Linda should take the Crimminals for every penny they have got
Linda and her family, have been tortured enough by the people who supposed to protect them.


Scandalous people should have been arrested.
Hope the Commercial Lien will bring some sort of justice for the Lewis Family.


Welsh Government should be helping the family.


The Welsh Government know what's happened to the Child,they are using the injunction as an excuse not to help.
This Case is not!going to,go away until Linda his reunited with her daughter.

The most scandalous thing is that Linda was never meant to know anything about what they were planning against her.

These people are not fit for office of any kind.

They have been caught out here big time and cannot escape jail.

All roads on this case lead to Carwyn Jones.

How evil can some people be ?

How evil can Government be ?

The answers are all in this case.


The amount of work you have done is remarkable. At least you are trying to help the family.


Commercial Lien give,s the accused the opportunity to defend themselves.

He who is not angry when there is just cause for anger is immoral.

Because anger looks to the good of justice.

And if you can live amid
injustice without anger, you are immoral as well as unjust.

Those involved should all be forced to take a Lie detector test.


Well done Kevin like you have said you cannot Kill the Truth.

MASSIVE corruption by a Local Authority.

MASSIVE corruption by the Welsh Assembly.

MASSIVE corruption by the local MP.

MASSIVE corruption within the local police.

MASSIVE justice coming soon to Linda and her family.

There will be no compromise.

“Humanity have found these people guilty of horrible crimes against Linda her daughter and family.

But the court of God came to that verdict long before now.

Get thee behind me Satan, you are defeated."


Anyone who does not rebutt a Commercial Lien is in deep trouble.

I see with much joy the bad guys are being increasingly cornered.

The people are onto them.

Hope some Councillors will receive commercial liens if they haven't already.

The elected and unelected bodies of this Council need to be brought down.