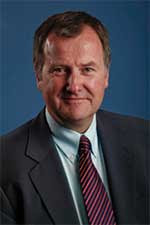 THE whistle-blower who exposed the Welsh children’s home sex abuse scandal has cheated death in a suspect car smash ­after his brakes failed.

Police have seized care boss Malcolm King’s motor to see if it was sabotaged.

The car, a regularly-maintained Volvo S60, careered across a busy A-road and was hit side-on by an Alfa Romeo.

Afterwards Mr King, 68, who suffered a broken leg, found his brake pedal unattached and lying on the car floor.

The outspoken former boss of social services in Clwyd, where much of the abuse took place, told the Daily Star yesterday: “I guess I’ve pissed a lot of people off over the years.

“My friends tell me I’m crazy not to be more suspicious about it, but I can’t live my life being ­paranoid.

“If a man could die from paranoia I’d have been dead a long time ago.”

Labour councillor Mr King blew the whistle on a ­paedophile ring ­operating at north Wales children’s homes in the mid-1980s.

Mr King, a county councillor and former chair of North Wales ­Police ­Authority, was one of only 12 people given copies of the 1996 Jillings Report, which named ­every abuser.

The married dad-of-two’s brake pedal mysteriously failed on the A525 near Ruthin days ­after the ­scandal blew up again two weeks ago.

Mr King said: “I pushed my foot down hard on what I thought was the brake pedal but nothing happened.

“I’ve no idea whether the pedal was attached at this stage or not.

“The car flew across the junction and a car coming from my right smashed into my side.

“If I’d shot across the junction a split-second sooner I’d be dead because it would have hit where I was sitting rather than the bonnet. It doesn’t bear thinking about. My car, which is a write-off, is now in the hands of the crash investigators.

“It’s a good car and I’ve always maintained and serviced it regularly at the best garage in town.

“The police officer at the scene told me they’d examine it very thoroughly. They said they’d go over it with a fine-tooth comb.’’

The Jillings Report was so explosive insurers ordered it to be pulped but a copy has been found in council archives.

Mr King has renewed his campaign for a fresh probe in the wake of revelations about Savile’s depravity.

“I’m someone who speaks his mind,” he said. “If I know something is happening that I don’t like I will always speak out and try to change things.

“I spent a lot of time when the allegations first surfaced being incredibly paranoid.

“I didn’t know who to trust other than family. It was a terrible time.”

A North Wales Police spokesman confirmed officers are investigating the cause of the crash.


The establishment get more fearful by the day. We Don't.

Strange how whistleblowers have things happen to them.
Telling the truth is seen as a crime in some people's eyes.

In light of the latest story in the Evening Post in respect of Neath Port Talbot Children Services, I have asked the Evening Post under its abuse -
The Abuse is abusing public interest in not being allowed to comment on this story.
Under the climate of Jimmy Saville and those that are aware of the Linda Lewis story this is abuse of public interest of those paid by the public purse to act accordingly.

They are trying to eliminate the whistleblowers and investigators and survivors read this http://google-law.blogspot.com/2012/11/child-abuse-investigator-andrea-davison.html