"Christmas is a lie and as Muslims it is our duty to attack it." 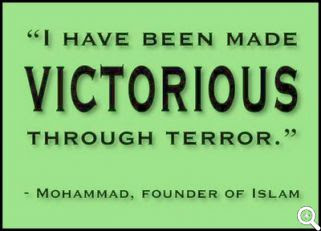 
Organisers plan to put up thousands of placards around the UK claiming the season of goodwill is responsible for rape, teenage pregnancies, abortion, promiscuity, crime and paedophilia.

They hope the campaign will help 'destroy Christmas' in this country and lead to Britons converting to Islam instead.

The placards, which have already appeared in parts of London, feature an apparently festive scene with an image of the Star of Bethlehem over a Christmas tree.


But under a banner announcing 'the evils of Christmas' it features a message mocking the song the 12 Days of Christmas.

It reads: 'On the first day of Christmas my true love gave to me an STD (sexually transmitted disease).


'On the second day debt, on the third rape, the fourth teenage pregnancies and then there was abortion.'

According to the posters, Christmas is also to responsible for paganism, domestic violence, homelessness, vandalism, alcohol and drugs.

Another offence of Christmas, it proclaims, is 'claiming God has a son'.

The bottom of the poster declares: 'In Islam we are protected from all of these evils. We have marriage, family, honour, dignity, security, rights for man, woman and child.'

The campaign's organiser is 27-year-old Abu Rumaysah, who once called for Sharia Law in Britain at a press conference held by hate preacher leader Anjem Choudary, the leader of militant group Islam4UK.

Mr Rumaysah told the Mail that he was unconcerned about offending Christians.


He said: "Christmas is a lie and as Muslims it is our duty to attack it."

'But our main attack is on the fruits of Christmas, things like alcohol abuse and promiscuity that increase during Christmas and all the other evils these lead to such as abortion, domestic violence and crime.

'We hope that out campaign will make people realise that Islam is the only way to avoid this and convert.'


Mr Rumaysah, who said his campaign was not linked to any group, boasted that the posters would be put up in cities around the country, including London, Birmingham and Cardiff.

The campaign was highlighted by volunteers from a charity which distributes food and presents to pensioners and the lonely at Christmas.

Sister Christine Frost, founder of the East London Neighbours in Poplar charity, said: 'The more posters I saw, the more angry I got.

'Someone is stirring hatred which leaves the road open to revenge attacks or petrol bombs through letter-boxes.

'I told the Mayor we are all scared.

'If we said such things about Muslims, we'd all be hanging from lamp-posts.

'The posters appear to be professionally printed'.

http://www.dailymail.co.uk/news/article-1340794/Christmas-evil-Muslim-group-launch-poster-campaign-festive-period.html#ixzz18xYTC1BO
Posted by Kevin Edwards at 18:14:00

We have to stop them now before it's too late.

We have to stop smiling at these people and all start making them feel like out casts as they try to on us in our native and beutiful homeland . , make them feel unwelcome with your silence now thats not hurting no one .Anjem Choudry the self appointed ayotollah of the whole of London now is planning to hit Oxford street either tonite or tomorrow he says with 2000 muslims backing him , rediculous .