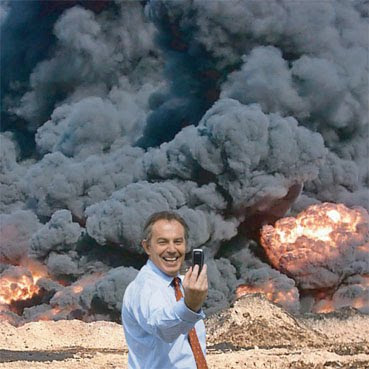 Tony Blair has earned “hundreds of thousands of pounds” from a lucrative contract with oil company UI Energy, one of the biggest investors in post-war Iraq’s oilfields.
.
Details of Mr Blair’s dealings have emerged after his frantic attempts to keep them secret ended after they were published by the Advisory Committee on Business Appointments (ACBA).
.
The news has dealt another blow to the British people’s confidence in the honesty of their public servants and institutions, as the ACBA had allowed Mr Blair to keep the deal secret for at least 20 months.
.
The ACBA, set up to vet the jobs of former ministers in order to ease public concerns about their use of contacts made in public service for financial gain, is packed with former politicians from all of the three Westminster political parties and their associates.
.
It is therefore not surprising that they have never prevented any former politicians from taking lucrative jobs in the private sector. Earlier this month, the Government rejected calls for the appointment of more committee members from outside the world of politics.
.
Mr Blair is known to have made in excess of £20 million since leaving Westminster in 2007, although many of his business dealings and other ventures are clouded in secrecy, so the true extent of his earnings can only be guessed at.
.
However, many of his lucrative deals can be traced directly to his actions in involving Britain in the illegal Iraqi war.
.
Not bad for the leader of a ’socialist’ political party of the champagne variety which managed to bankrupt Britain and ruin the prosperity of the British people.
Posted by Kevin Edwards at 10:50:00