So what exactly do "Failed Asylum Seekers " have to do before this government will deport them ? 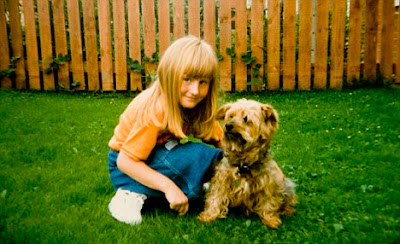 
A failed asylum seeker who fled after knocking down and killing a 12-year-old girl has won his appeal to stay in Britain.
The family of Amy Houston, who was left dying under the wheels of Aso Mohammed Ibrahim's Rover car as she walked to the shops, have spoken of their disgust at the decision.

The Kurdish Iraqi was on bail and already disqualified from driving when he hit the schoolgirl.
Ibrahim, 32, who has never held a driving licence, was jailed for four months for driving while disqualified and failing to stop after an accident.

Now the father-of-two has won a court appeal against him being deported.
Amy's father Paul said: 'They may as well give passports out in lucky bags because that is all they are worth.

'I cannot believe the judge's decision and that he thinks it is right for him to stay here. Is he on another planet?'

Justice Secretary Jack Straw has pleaded to take the case to Home Secretary Alan Johnson in an attempt to force an appeal.
Mr Houston, 39, from Darwen in Lancashire, said:"'It was very difficult for me to go to the hearing and stand 10 feet away from the man who killed my daughter."
"If I thought he was genuinely sorry, I would have stood up in court and said I didn't want him to be taken away from his children."
"I know what it feels like to have your family broken up, but the fact that he has got to stay is an absolute travesty."
"It's the best Christmas present he could wish for and a terrible one for my family."

"Where is the justice in that?'

He added: "I will fight this decision for the rest of my life - or until he leaves the country. I owe Amy that much."
Weeks before killing Amy in November 2003, Ibrahim had been banned for nine months for driving while disqualified, without insurance and without a licence.

Amy Houston was outside her home when she was knocked down.
Ibrahim was approaching traffic calming measures when a boy ran across the road, and Amy followed running into the path of Ibrahim's car.
The youngster, who lived with her mother Joanne Cocker, had to be freed from underneath the vehicle by firefighters.
She was still trapped under the car when Ibrahim jumped out of the vehicle and ran off.

A police officer drove the ambulance to hospital so both paramedics could treat Amy but despite their efforts she died in hospital later that day.

After the accident Ibrahim confessed to a friend, who took him to a police station where he owned up.

Ibrahim, of Blackburn, had exhausted all his appeals to stay in Britain but was allowed to stay because Iraq was unsafe.
He has since married a British woman called Christina and now has two children.

In 2006, he was again convicted of driving while being disqualified.
Fourteen months ago he was taken to a deportation centre and UK Border Agency officials vowed they would try to deport him 'at the earliest opportunity'.

But he was later released on bail and an appeal against the deportation began on the grounds he had married a British woman and they had two children.

Mr Houston added: 'Why should he be allowed to walk free after what he has done?
'I need to carry on fighting because I don't want anyone else to find themselves in this position and I don't want anybody else's kid to get killed.
'He's just laughing at the British justice system. It is so wrong.

"Where is the justice for my Amy?"