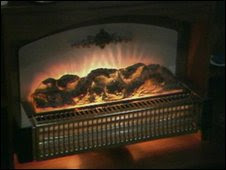 The UK's refusal to extend the winter fuel allowance for people with chronic illnesses is "absolutely outrageous", a leading cancer specialist has said.
Professor Karol Sikora said sufferers facing spiralling winter fuel bills should be given urgent help.
He said patients need to keep warm to get better.
The government says its disability living allowance aims to meet year-round costs and is more generous than the winter fuel allowance.
However, critics say many cancer patients do not qualify for this benefit.
Mr Sikora, whose organisation Cancer Partners UK runs independent cancer centres, said: "You feel much colder with some chemotherapy.
"It's absolutely outrageous that cancer sufferers on treatment go home to sit in the cold for hours on end."
"We have got to do something about it and we have to do something now."
Up to 400,000 need urgent help with their fuel bills, according to the charity Macmillan Cancer Support.
Head of policy and campaigns, Michael Hobday, said: "It's important in a civilised society that the country looks after those people who're in the greatest need.
"Cancer patients undergoing treatment are twice as likely to be in fuel poverty as the rest of the population."
Fuel poverty is defined as those who spend more than 10% of their household income on heating their homes. ( There are over 5,000,000 people in our country currently suffering from Fuel Poverty - Kevin .)
The charity wants all terminally ill patients and those on some benefits to automatically qualify for the winter fuel allowance and be charged less for their energy use.
But the government has said it has no plans to extend the winter fuel payments, which are annual tax-free sums paid to people aged 60 or over.
Julian Rutter, from Crystal Palace, south-east London, had to give up his recycling business after undergoing emergency surgery for cancer of the small intestine in October last year.
"At home, I have had the heating on from early in the morning to late evening. I'm feeling the cold an awful lot more than I used to," he said.
However, he does not qualify for state disability living allowance or winter fuel payments and energy companies provide no assistance because his partner earns more than the £15,000 annual threshold.
Mr Rutter told the BBC he felt "persecuted" as a result of the lack of financial support.
Source http://news.bbc.co.uk/1/hi/health/8396687.stm
Posted by Kevin Edwards at 19:44:00

Gordon Clown announced this week he is giving away our hard earned 50 million GBP to Pakistan 30 million GBP immediately, and the NHS, police, unemployment, businesses, elderly people, homeless are all suffering the UK. The useless thieving bunch don’t give a shit to the British people, the foreigners are getting three storey houses and us indigenous people of this land can’t get on the property ladder. None of the U.A.F parties will get my vote. BNP the knights in shining armour
Enoch Powell was right !!!!!!!!

These "dehumanising policies" as described once by Desmond Tutu as victims of his country and being used in THIS country by terrorist criminal Peter Hain and his cronies have total disregard for the people that they have a duty of care and utmost duty to represent.
You would not see Peter Hain going cold. Did he not robb the public purse to pay his heating bills.
Regards, Meirion